Here’s my stuff.  I walked around all week with a new lens on my Spotmatic, the Chinon 55mm f/1.7 macro.  Or is that “macro?”  There seems to have been some discussion over whether or not this is merely a close-focusing lens or a true macro lens.  I’m still learning the difference myself, so I won’t comment here about it, but I think the lens has plenty of character, and I like the look, plus the price was right.  Since I’ve carried around with me one of three normal primes over the last few months, each with their own pros and cons, I was wondering if the Chinon might give me the best options of being sharp, fast enough in low light, and with the ability to focus closer than I usually need.  The jury is still out, but I’ll say that it’s hard getting used to focusing the opposite direction after spending so much time with the Takumars; that is my biggest gripe, but if it means missing the shot, it could be a big one.  So far, I’ve been more than happy with the 1.8/55 SMC Takumar as my everyday lens, but the Chinon is at least an acceptable alternative. 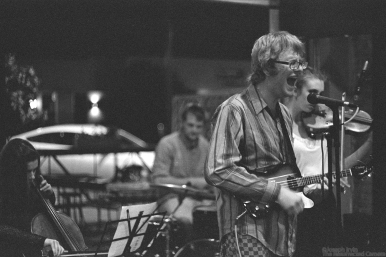 It occurred to me after I posted a week ago, that as far as waiting for the perfect shot, there’s another really iconic photograph that should be talked about, especially in the context of concerts since that’s what I shot a lot of the last week, that also has a pretty good story behind it. 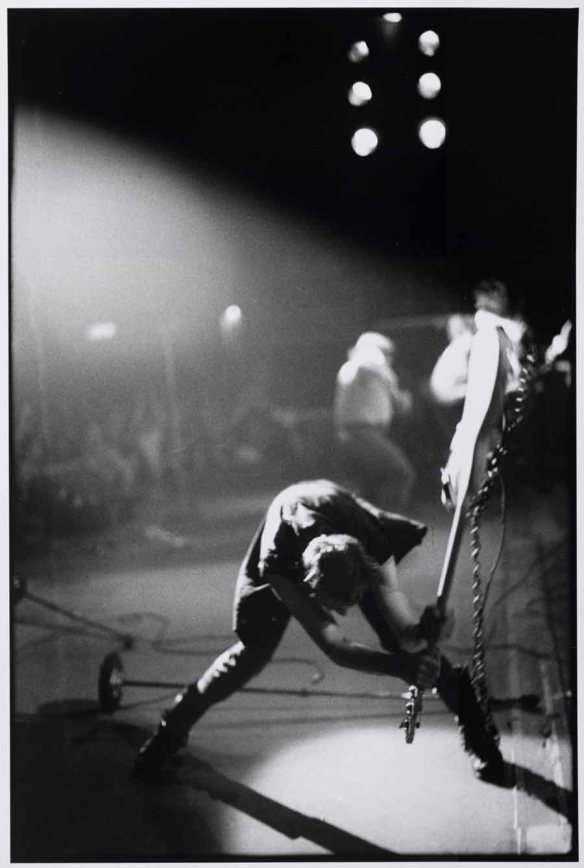 From what I remember reading off Smith’s firsthand account, Simonon had been having trouble with his bass for a few songs at that point and had had just about enough.  Smith had one last exposure left on her roll of film before she’d have to rewind, and instead of snapping something quick, rewinding, and loading a new roll, she sat on that last exposure.  She could feel that something was about to happen, and it did; she was in the perfect spot to take a critical shot because she was attuned to what was going on around her, and decided not to waste a critical exposure on any lesser shot.  And it paid off in a big way, becoming the cover to London Calling and one of the most iconic rock ‘n’ roll pictures of all time.

I can think of no photograph that better encapsulates the punk era’s rage and frustration, a teenage angst-driven rock ‘n’ roll for a new generation, as well as its level of naivete and penchant for destruction.  It truly is a thousand words.