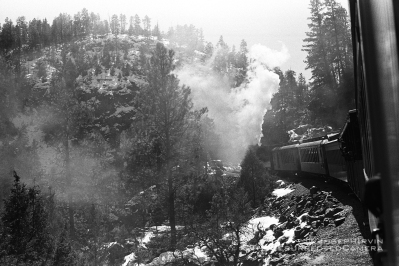 It seems that each festival I go to is a better experience than the last, but I don’t know that Durango can be topped.  They treated the filmmakers so nicely there, and it being 6 hours away from me, I decided to stay for the entire thing, which was definitely worth it.  I stayed in the General Palmer Hotel (living in Colorado Springs for so long, I could stay nowhere else) which looked largely untouched by time.  There were lots of activities I to do around town (like a trip on the Durango-Silverton Narrow Gauge Railroad), plus a special filmmakers only-lounge in the basement of the local Irish pub…assuming you didn’t watch films, and I did try to catch as many programs as I could.  The best part though, was that the entire festival took place in the space of two blocks in downtown Durango, making everything nice and easy to get to.  I forged some great relationships with people and will definitely be going back in the future.