Well thankfully not really, but unfortunately my favorite Jeep is out of commission permanently due to mounting expensive problems that make it unfeasible to repair.  Bulldog always held the place of honor out in front of the Mill Hill Saloon but now she’s just sitting in our back lot like all the other Jeeps. 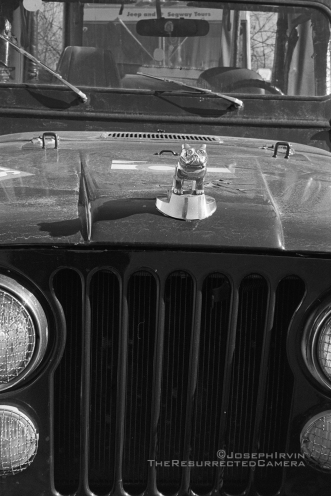 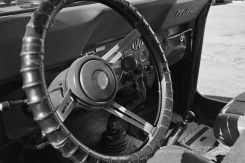 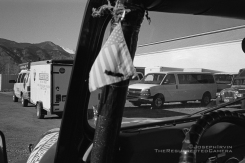 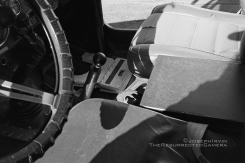 She ran fine one tour and then I had a couple days off, went to take her out for another tour and could tell almost immediately that something was wrong.  I don’t have the entire story on what was wrong, but obviously someone drove the Dog and broke something underneath.  I wish I could have sent her out with a bang like what happened with Blue, but unfortunately she’ll just fade away.  I’m heartbroken.

Yup, an entire decade.  And I never did digital photography much, this interest was sparked by picking up one of my Grandpa’s old cameras and using it.  Actually I started in the Fall of 2009 when I moved to Colorado, but it’s now been a full 10 years shooting film and nearly that since I bought my first real camera at a garage sale.  Of course, when I started out, I could only afford to shoot about a roll of film every month or so, and usually longer than that.  There was a lot of Fujicolor 200 and Superia 400 (and 800) that was bought expired at bargain prices (even from thrift stores occasionally), then getting it from Wal-Mart or local grocery stores back when it could be done for $3.00 per roll in bulk packs.  And I’d take it to Walgreens for developing and scanning back then, of course they don’t do it anymore.  I even managed to shoot film while living in my car for 9 months.

As film photographers we’ve experienced some lean years and have come through the worst of it.  So as for the whining about the Kodak price increase I’m inclined to believe that they really do need the added income to rework their factory.  One thing that really bothered me was that under Chapter 11 they started outsourcing the production of the acetate base; I’m not saying this is what they’re fixing but I think it would be if I were in charge.  For anyone that still feels the need to complain about something, I suggest the added tax to all internet purchases that seems to have slipped in sometime in the last year or so. It adds an extra 50% to Kodak’s price increase so buying online isn’t as affordable as it used to be that way either, though places like Freestyle, Adorama, and B&H still have the best prices I’ve seen.

This video above came along recently, which really makes me feel validated in what I’ve done since 2014, almost like my work here is finished.

I guess I could quit the blog and just get on with the work, or at least quit with the preaching.  I suppose that 10 years ago was the worst time for film photography when companies were discontinuing truly iconic emulsions left and right.  I never got the chance to try Kodachrome or the old Ektachrome, Aerochrome, Tech Pan, Provia 400X, Astia, Sensia, Fortia, and barely shot any Reala, Acros or Plus-X.  I only got my hands on T-Max P3200 once it was reintroduced.  I hope the trend continues and that we will see more films come back from the dead, just like Acros, Ektachrome, and P3200.  But the future looks bright, and 2020 is a year for celebration of all things film photography.  Here is my celebration: 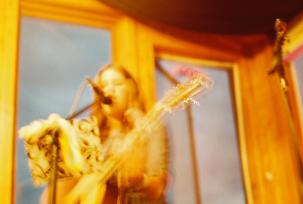 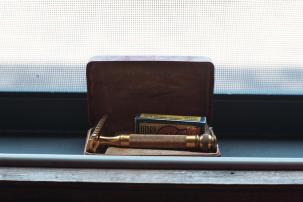 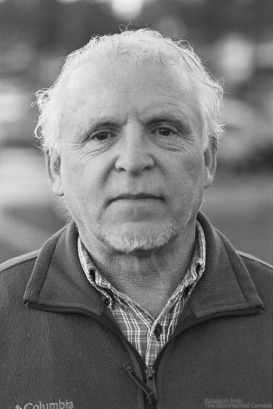 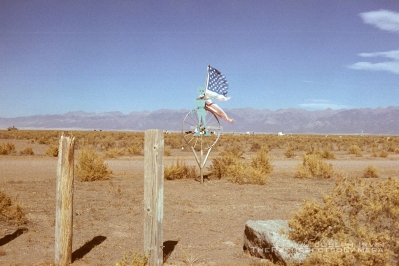 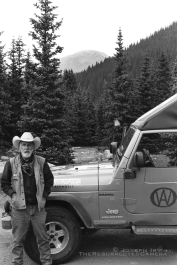 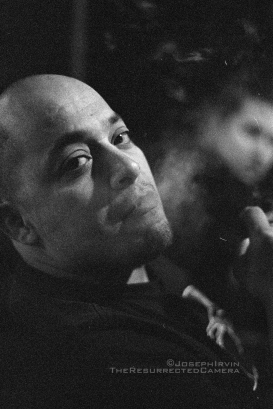 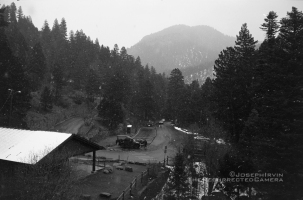 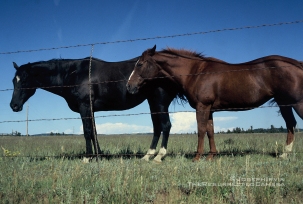 A 100ft roll of Kodak Tri-X and a box of 8×10 Oriental paper, my preferred brands.  Actually my photo instructor told me that 8×10 was way too small for what I was doing plus she didn’t want me to crop the sides off (evidently I was getting too good at filling all of the frame), so I got a box of Ilford 16×20 paper, cut the sheets in half and trimmed off an extra inch, printing 15×10 (which can be seen here over a couple rows of 8×10 for comparison).  It’s a non-standard size. 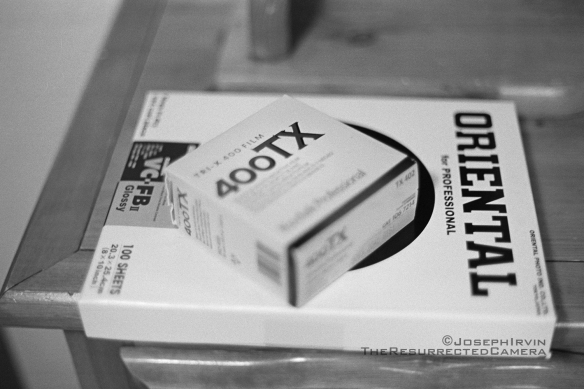 I’ve read other photographers complaining of the crop factor from a 1.5:1 35mm frame to a 1.25:1 paper size, and I have to agree.  If 35mm cameras shot 7-perf frames instead of 8-perf we wouldn’t have to deal with losing so much of the sides when we print, plus we’d have that extra real estate converted into more frames per roll!  It’s all Oskar Barnack’s fault.  Shooting 4×5 film for once I didn’t have to worry about things like that, so I’m using this paper as test prints and gifts.

All cowboy all the time.  Or pretty near. 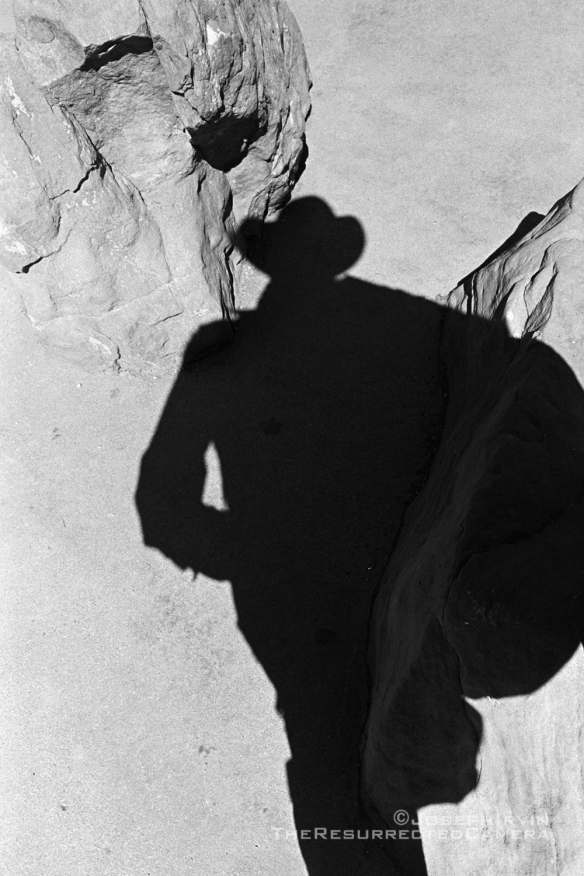 As I mentioned the last time, I’ve been basically just cleaning out old drafts that have been laying around.  Or so I thought!  I went back to look at the last six months of posts and counted ten posts with, if not completely brand-new material, at least pictures I had taken this year (this one was as new as it gets, having taken the picture mere days before posting).  But as the new year has turned over, everything I’ll be posting for the foreseeable future is now last year’s shots, old news.

I suppose that part of why I’ve held back on posting a lot of things that I shot in 2019 is that I’m forming the project as I go and I feel like retaking Adv.Photo really helped move my work (as well as technique) forward.  It’ll be a fresh start, and I will probably be making this my sole project all of this year, if not next year as well.  Our instructor had us read this piece about the Helsinki Bus Station Analogy and it really helps when conceptualizing work.  As for myself, I’m in the stage where everything I shoot feels redundant and I’m fed up with it all, but my goal is to just keep pushing forward and hoping for a breakthrough.  Though I started taking pictures as soon as I started driving Jeep tours back in 2016, I consider this photo from Summer 2017 to be the spiritual start of my project: 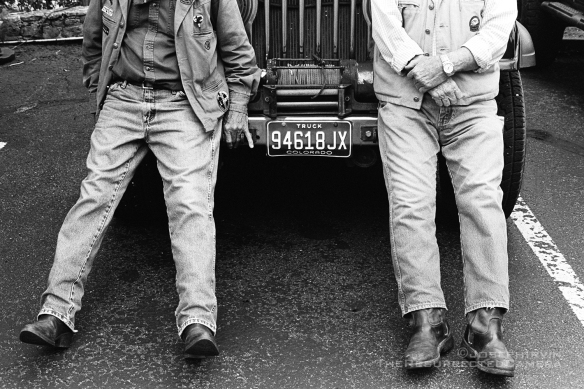 To keep consistency I have been shooting black & white film so from October 10th on, you’re not likely to see much color Cowboys.  In 2019 I shot almost exclusively my Pentax Spotmatic SPII loaded with Tri-X (starting with the 50mm and 28mm lenses, switching exclusively to a 35mm f/2 starting in the Summer).  In the fall I started trying out automatic compact cameras that I’ve scored in thrift stores and I don’t know how successful that will end up being yet, but I’m still on the Tri-X, at least for 35mm.  When ramping up to 4×5 large format in the Fall (which will continue for the next 4-5 months I’m happy to say), I’ve been trying out a lot of things (T-Max 400 which is damned expensive, Bergger Panchro 400, Ilford HP5+, and Rollei RPX400 so far).  I still have access to a darkroom so until May 1 anyone can order black & white optical prints of my work.  Proceeds go to helping me buy more film, etc.

The end result is hopefully an exhibition, and possibly a book in a few years.  I don’t have a permanent title just yet, been going back and forth on that, but for now, I’m calling it Yee-haw State.