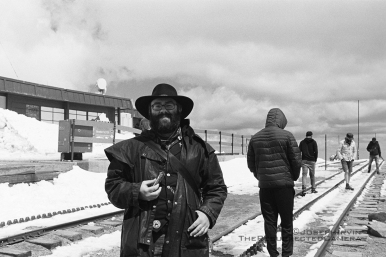 Some of the construction once they tore up the rails, etc. 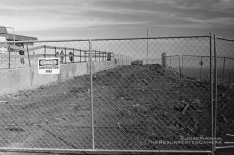 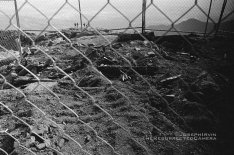 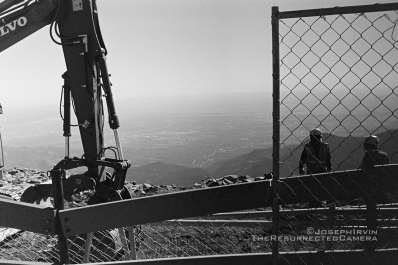 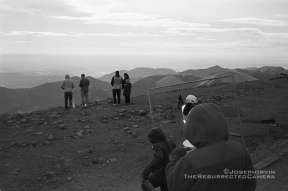 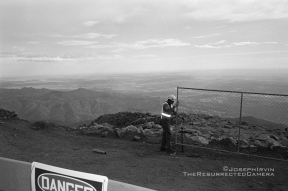 The metal refuse pile as it was the day after they tore out the rails.  If I’d been up there earlier I could have brought back my weight in railroad spikes but I did come away with a few plates and bolts. 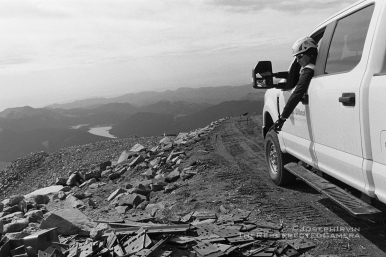 …using the Epson Expression 10000XL in the Visual Resource Center at UCCS.  The Epson software took a few minutes to set up but I suppose that it’s nice that once everything is calibrated I just hit the scan button and go off to do something else for about 20-30 minutes.  Or once a few images are done I’ve started working on those in Photoshop and backing everything up while I wait.  Also I’m writing this post (though as you read it it’s months later).

What do I think of the Epson Expression?  It’s as big a piece of crap as the V600 but at least it does 4×5 film.  It’s the only scanner on campus that can do large format.  Thanks to this site I found out that I could only do 2400dpi scans, but considering how long it takes to do those I don’t think I’d have the patience to let it do longer.  One thing I noticed, is that you must keep track of this:

(7 min. my ass…)
If the scanner isn’t making noise for a while, click that to get the damn thing working again; it’s like the scanner went out for a smoke break and needs to be kicked back into the building to do some work.

I’ve been printing some of these in the darkroom as well, but now that I have digital access to all my negatives I can see things I would have earlier, like where the dust has been caked in, just how bad my developing technique was starting out, how many times I missed focus (I think I should be using a loupe), things like that.  And the successes are quite successful, here’s an example:

…is a pain in the ass.  Mostly because it’s like starting all over again after I’ve been shooting 35mm film for a decade.  There are so many new things that I’m learning and while my results have gotten better with time I don’t know everything yet.  For instance while most of my images look pretty good these days there is always the odd sheet that’s just off, like this one: 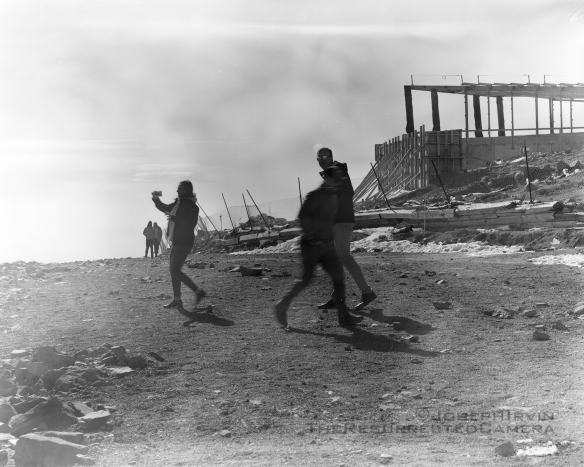 I suspect that this film holder is a bit light-leaky but besides that I don’t know what’s up with it.  I developed 10 sheets in one batch and it’s the 2 sheets I shot on top of Pike’s Peak that look pretty fugly.

The Yankee Agitank is an old model bought used but B&H is selling these brand-new.  I confess I only used it once and it was such a hassle plus the results left much to be desired.  It was the first time I developed large format film so there were plenty of variables to take into account, still I don’t think I will use this tank again.  Here’s a failure below, but there weren’t many successes: 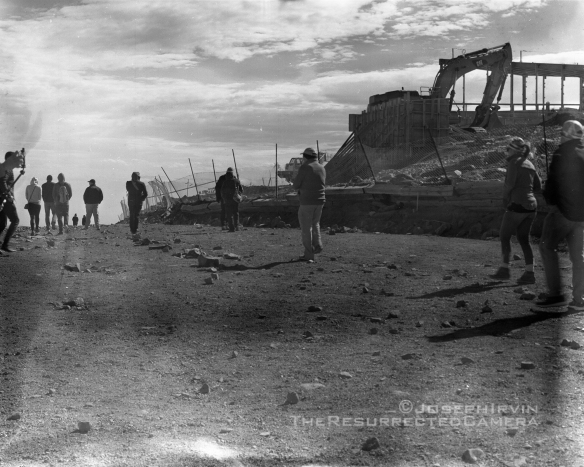 The Rink-Roselieve tank works reasonably well but there are always a few problems either due to me loading a sheet or two of film incorrectly, or some other problem that I haven’t identified yet.  I found that it does help to pre-wash the film beforehand, but even then there will be a random spot on a sheet that doesn’t develop, like below at the bottom of the picture: 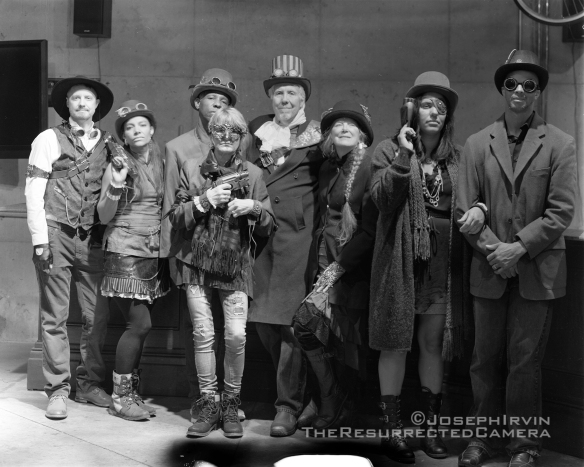 Besides spots like that on the edge of a frame I’m pretty happy with the images, though I wonder if one side of the image is getting more development time than the other, just looking at a lot of my images (in this case the left-hand side). 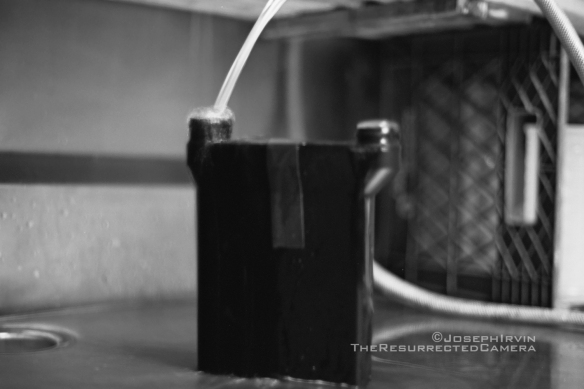 The Stearman Press SP-445 (a Colorado company!) gives pretty much perfect results but is a pain in the ass to get sealed.  For one thing the O-ring doesn’t seem to keep the lid closed so I used a piece of tape to keep the top lid from falling off.  That is a minor inconvenience compared to the drain and vent hole lids, whose twist-off caps are so hard to work with my (I suppose) arthritic hands that I need to use a few wet paper towels for grip and it takes me 60-90 seconds to get the caps off to switch chemistry.  This time needs to be taken into account when timing the development especially, and hopefully agitating for the first time a full minute after adding the developer won’t harm the images much.  It only holds 4 sheets of film at a time and takes ~450ml chemistry which is nice, because I don’t necessarily want to shoot 10-12 sheets of film the same way, that’s locking me into quite a lot.  The Stearman’s smaller capacity allows me to be able to switch films quicker, push/pull more often depending on my needs, and despite my griping the results have never been less than stellar.  Here’s from my first attempt: 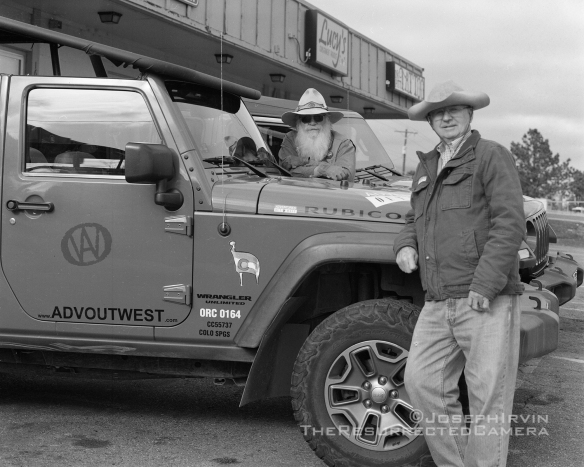 The only thing I haven’t tried yet (and I was looking at buying last semester) is the 6-sheet Mod54 holder that fits inside Paterson universal tanks.  I think I would like it, but sadly the months of January and February are ones where there is no extra money for buying anything, and those ended up being the last I was able to use the darkroom.  I’m hoping my instructor will let me in for the Spring semester but of course we just don’t know right now.