…using the Epson Expression 10000XL in the Visual Resource Center at UCCS.  The Epson software took a few minutes to set up but I suppose that it’s nice that once everything is calibrated I just hit the scan button and go off to do something else for about 20-30 minutes.  Or once a few images are done I’ve started working on those in Photoshop and backing everything up while I wait.  Also I’m writing this post (though as you read it it’s months later).

What do I think of the Epson Expression?  It’s as big a piece of crap as the V600 but at least it does 4×5 film.  It’s the only scanner on campus that can do large format.  Thanks to this site I found out that I could only do 2400dpi scans, but considering how long it takes to do those I don’t think I’d have the patience to let it do longer.  One thing I noticed, is that you must keep track of this:

(7 min. my ass…)
If the scanner isn’t making noise for a while, click that to get the damn thing working again; it’s like the scanner went out for a smoke break and needs to be kicked back into the building to do some work.

I’ve been printing some of these in the darkroom as well, but now that I have digital access to all my negatives I can see things I would have earlier, like where the dust has been caked in, just how bad my developing technique was starting out, how many times I missed focus (I think I should be using a loupe), things like that.  And the successes are quite successful, here’s an example:

Back to work on ol’ school scanner.  I had lots of problems last time, which I seem to have gotten around now, it just took a little brainpower.  It seems I’m only allowed to save a maximum of 1.5GB on a school computer, and after that things just don’t save.  It’s good I know that now, instead of taking things out on the equipment, I’m the one who’s to blame.  Well, actually the school is; their greedy ways kept me from scanning medium format images to TIFF.

Then again, I’d only use TIFF if I were planning to work on a picture in Photoshop, and it would be pretty annoying having to get one finished and either uploaded to Cloud or saved on a flash drive, then deleted from the hard drive before I could scan the next.  Anyway, I prefer to get all I need from the scan rather than endlessly alter things in Photoshop. 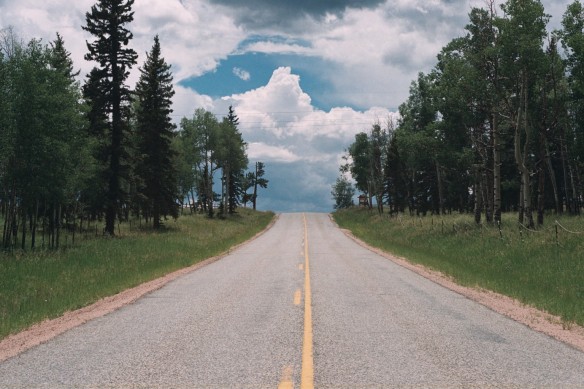 Standard scan – it looked more interesting on the road, I guess… 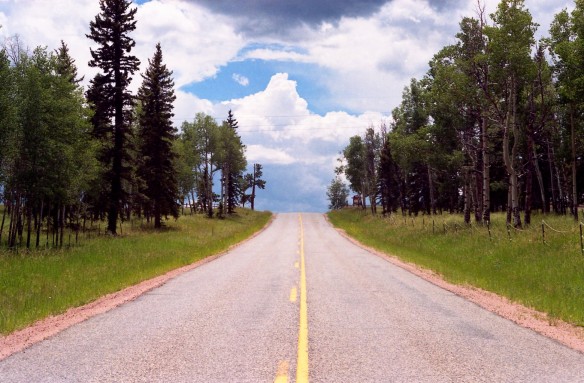 One gripe about the Epson software: zooming in on any previewed image resets the scan settings!  If you have some settings that work well, but you want to fine-tune things, even where the edges of the image are, and all the settings reset.  I wrote down some standard settings on a piece of paper. 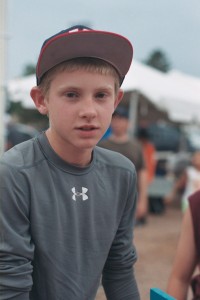 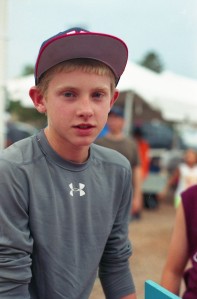 Having the power to do adjustments is somewhat annoying I’ve found, and depending on how particular one is about their images, can take a long time.  At least with slides, if I do my job right with the camera, everything looks the way it should automatically.  I used expired film this time, a roll of Fujicolor 200 that I picked up at a thrift store for 50c, overexposed 1 stop.  Perhaps it wasn’t enough, I’m not sure.  The scans from the camera store came out somewhat bland, I thought, and makes me wonder just how expired this film is.  I bumped up the saturation a bit when scanning in some cases, played around with the color shifts, but I’m no wizard with the scanner (yet).  It’s good to have the camera store scans as a baseline, to tell me when I’m losing too much information due to incompetence. 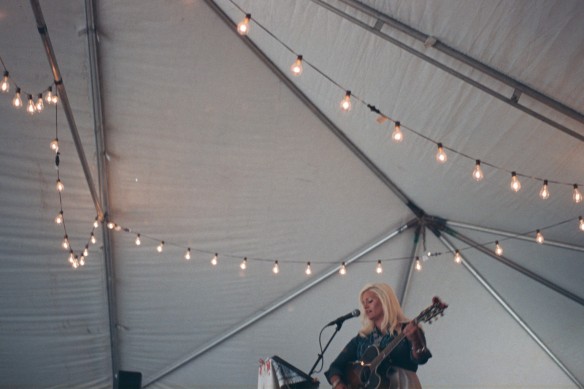 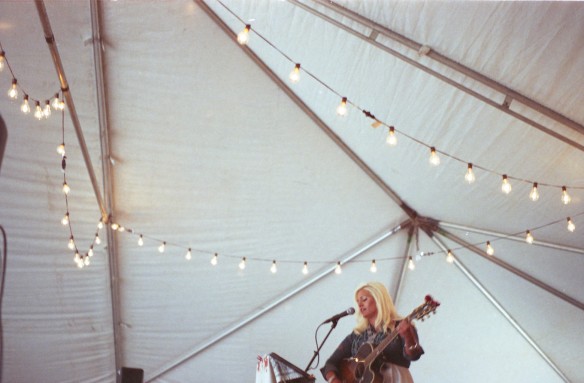 One day I will master tone curves.

I think I’ll have to search around for a good book on digital scanning.  I’m always ready to learn new things, now that I have some (free!) equipment with which to play around. 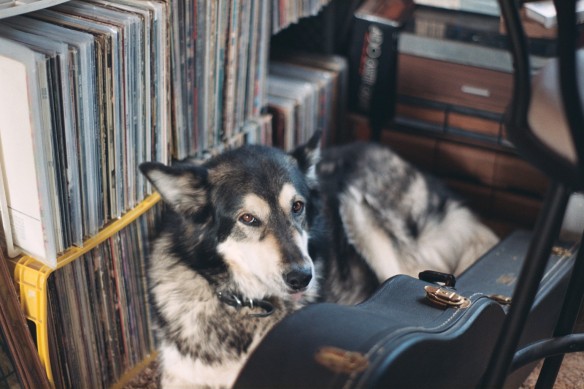 Standard scan – the dog hiding from the evil thunder. 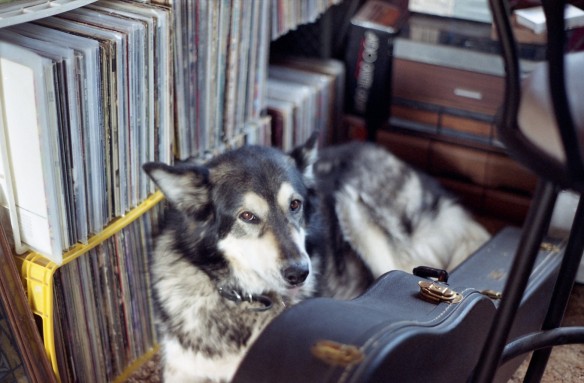 This is the only picture that came out looking like it should.  This is the Superia Look that was missing for most of the album.  Maybe it just got more light than the others, I’m not sure, but I tried to get it as close as possible to the first image.

You know, honestly, I’m not altogether happy with the results of the scans.  I had lots of trouble scanning some of the images without little annoying dots all over the picture, something to do with changing the colors too drastically, I believe.  It’s great for correcting colors when things don’t turn out the way you want them to, but if you’re using fresh film properly exposed, I think you’d be better off with just the standard scans.  Also, I thought that scanning at 4800 dpi would give me more detailed images.  Then I decided to see just how sharp those 4800 dpi images actually were:

What’s with that???  I certainly wasn’t expecting the camera store’s scanner to be so much sharper than the Epson!  This really negates the reason for scanning at such a high resolution in the first place.  I’m no expert on doing these kind of tests, maybe I got something wrong, but I mean, how do you argue with that?  I’d be more disappointed if it had cost me money, but believe me, I don’t think I’ll ever buy one.