More screenshots from this Summer’s film processing.  I do it as cheaply as possible but the costs do add up.  Leaving the film out of it the total for me was still somewhere around $600 for 30min of footage. 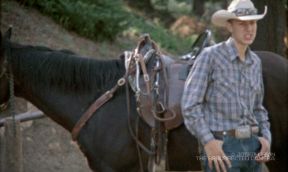 Great memories, though, and hopefully I will get that documentary made at some point.

This is the remainder of the Super 8 film that I shot, this was Summer of 2018 (plus one roll from last Summer) and I haven’t really used my movie cameras much since.  Processed by Spectra Film and Video, scanning by Nicholas Coyle Film and Video. 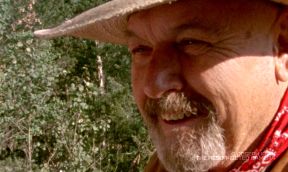 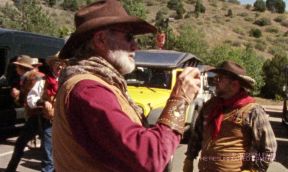 A collection of coworkers.

Cast of characters from the Cowboys & Jeeps days, early on in my career as a rough and ready tour guide.  Some of these jokers are still with us, others have moved on or are currently convalescing.

Again these are cropped to a 1.66:1 aspect ratio, Nicholas Coyle Film & Video scanned the film for me in 5K.  These are right out of the box HDR scans with a one-light pass.  Next step will be to get into DaVinci Resolve and color grade everything, though I still have 11 rolls of Super 8 from 2018 that I have yet to get processed and scanned.  There are still many interviews yet to conduct, and everything was shot silent so I need to get a lot of sound effects also.  This documentary is taking a lot longer than my last film; I suppose I want it to be a worthy successor.

Bugs, birds, sheep, hotshots, and old vehicles.  These are some of my favorite shots of the Super 8 footage I took 3 years ago now.  As much as I talk about  film photography being affordable, I have to admit that motion picture film expenses can pile up quickly, even when shopping around for the best price.  In 2017 I shot 15 rolls of super 8, but never set aside money to get everything developed and scanned, so it’s been sitting in my mom’s freezer for the last 3 years.  What else was I spending my money on back then?  Film festivals, I suppose.  I still have 11 rolls from 2018 that I haven’t sent off for processing yet; I was planning on making a documentary but put that all on hold to concentrate on photo project stuff instead.  Now I’m taking the time to get all my footage in shape so I can decide how to proceed on the documentary front. 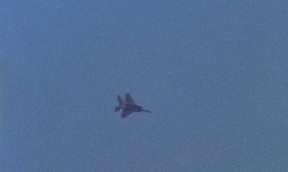 Shout out to Nicholas Coyle Film & Video for the incredible 5K scans, I’m using up all the campaign contributions I made with this documentary project.  I cropped to a 1.66:1 ratio, but nothing has been color/contrast graded yet. that will take considerably more time I’m sure.  Nick told me the film was a bit fogged, understandable considering how long it’s been in my mom’s freezer.