I don’t need to be famous, I just want to be loved. 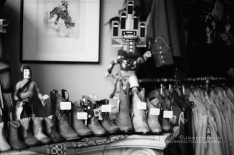 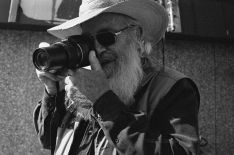 These ones have gotten quite a lot of love over on the IG so far–thanks to my supporters for sharing them. 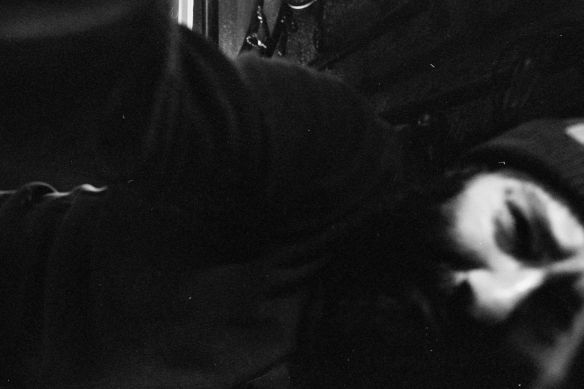 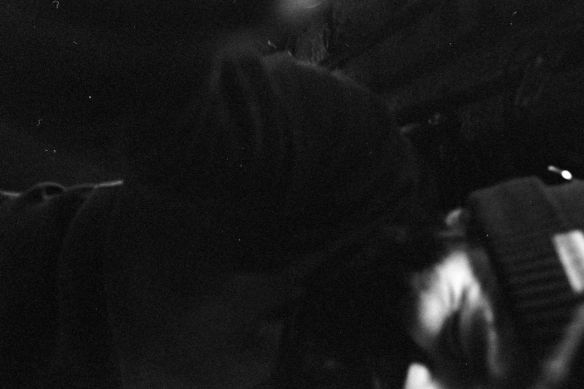 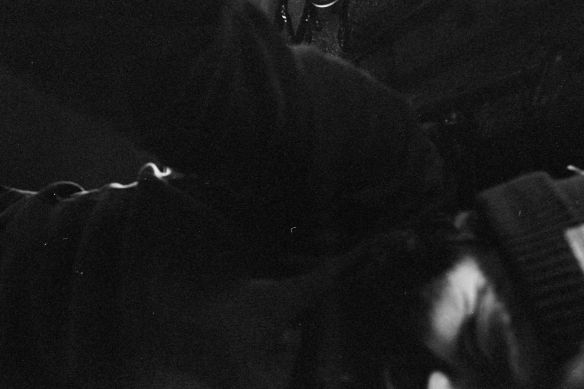 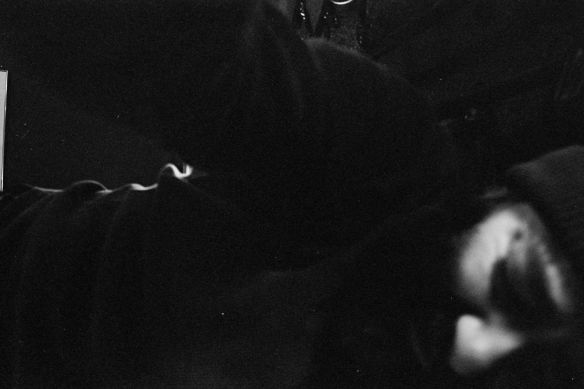 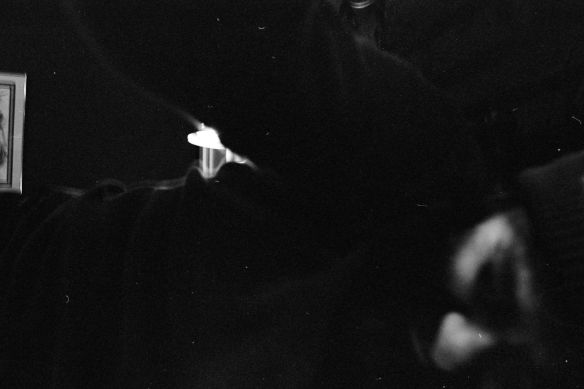 Just like a soldier boy I’ve been out fighting wars the world never knows about
Oh, but I never win them loud
There’s no crowds around for me
-Tim Buckley
~Very few regrets~

This post introduces my newest acquisition, a Sover Wong-serviced black unmetered F2.  I don’t feel the need to do an entirely new writeup for a camera that is essentially the same as this one, but I’ve had Johnny Martyr’s words kicking around in my head and wanted to rearticulate a few things here.

I’ve experimented with a few different cameras this past year (and over the course of this photo project), there’s always something exciting about trying a new camera and it’s undeniable that Nikon made some good ones, but when it’s all said and done there’s one that I can trust without reservations, because I know it so well:

Just like with cameras I’ve tried a few different film stocks this year as well and Tri-X is the one to which I always return.  My favorite film with my favorite cameras are an unstoppable combination!  And while I had a chrome F2, I didn’t have a black one…and it’s just soooooo pretty.  I had an argument with a friend recently about why she wouldn’t use a camera just because of how it looks.  I don’t agree with her reasoning, but at the same time I will say that this is almost the prettiest camera ever (…almost…).  Do I want to use it more because of that?  I dunno, maybe–but looking at it and wanting to use it don’t equate to the same thing in my mind.  It does make for a nice picture.

Last year I was shooting C-41 almost exclusively, this year I’ve been shooting traditional black & white almost exclusively, and having just about the prettiest girl in the world developing my film has given my visits there over the past few years a certain…something.  I’ve done a lot of experimenting but really I know what works for me, and the past 6 months it’s been about getting back to what I know best.  I’m not saying that I’ll never experiment again, in fact I continue to do so: things change periodically and my methods of working continue to evolve.  But not only are these combinations my One True Love, they represent a Bedrock which can be relied upon again and again–it’s a trust that’s been built over time and one that has never failed.

All of the film cameras/photographers that I came across while driving tours this past year. 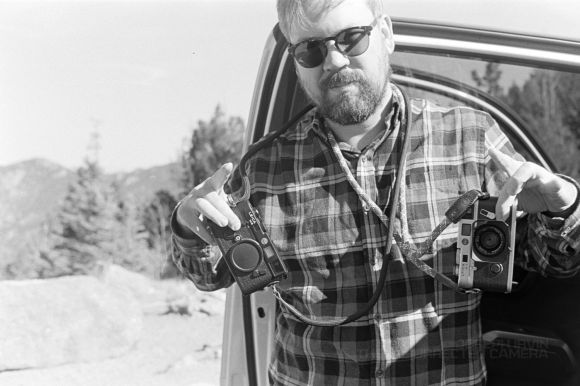 At least that I remember and that I preserved on film.

Now all I want for Christmas is to get back the last 24hrs.  I was an idiot.

I live too much in my own head.  Sorry, D.  Addendum:
The thing is that I’m no longer afraid of looking like an idiot. Also I suppose Christmas Eve stupidity is sometimes needed.

For some reason I keep hanging heavier and heavier cameras around my neck!  I went from a Pentax Spotmatic to the Nikon F to a few different compact cameras back to the F and then the F2, and now the F4.  In actual use it’s really not that much heavier, and I’ve gotten used to it.  I’ve used three lenses with it, the 28mm f/2.8 AI-s Nikkor, 35mm f/2 AI-s Nikkor, and 85mm f/2 AI Nikkor, the three most modern lenses I own, and I’ve been very happy with the matrix metering so far; there have only been a couple occasions in 5 rolls where the shot I wanted wasn’t exposed properly.  This is one fully-electronic camera that you don’t have to worry about turning on every time you use it, I keep it set to S from the time I take it out in the morning to putting it away at night, and it’s always ready to take fantastic pictures, no drain on the batteries as far as I can tell. 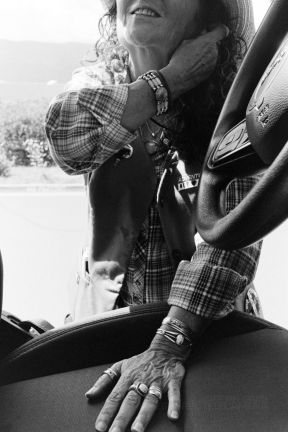 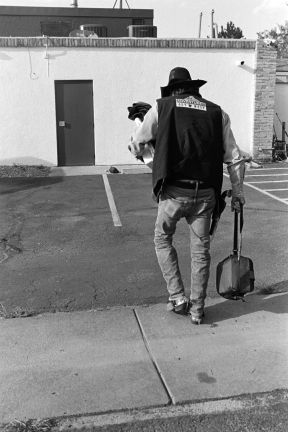 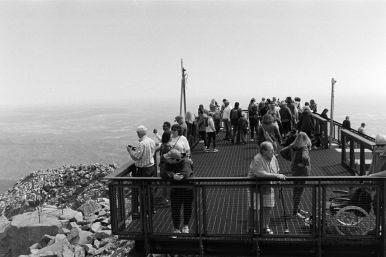 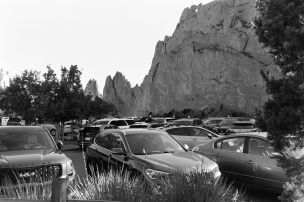 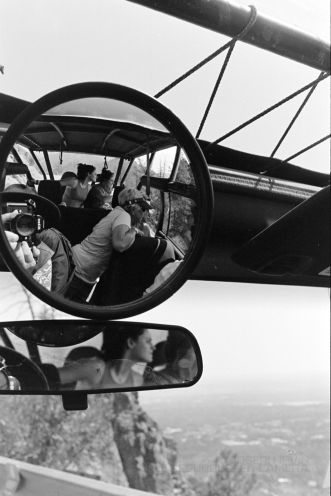 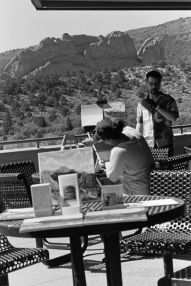 Maybe it’s the updated multicoating of the lenses, maybe the lighting was just better in those few weeks, and maybe I wasn’t necessarily nailing the exposure before, but I’m in love with the look of all of these.  Is this going to supplant my F2s?  No.  The only thing I really have against the Nikon F4 is its bulk and weight but the amount of features you’re getting for that definitely tip the balance in the F4’s favor.  What I will use this camera for is:
-autoexposure-necessary shots: slide film, low-ASA, or any other speed besides 400 with which I’m really not that familiar
-fast-paced shoots where I need a motordrive

There is usually something interesting weather-wise on the Mountain, and what changes day-to-day is whether or not we’ll actually make it to the summit.

This is a tour from the end of October this year.

With heavy weight denim it will often stand up on its own, especially right after a wash.  I was trying to take pictures that would illustrate that, just in the parlor outside my room.

It would also have made a nice joke to play on one of my housemates if anyone had discovered the jeans without me there; it wouldn’t be the first time I heard this place was haunted…

The extent to which wildlife in Garden of the Gods is used to people and cars. 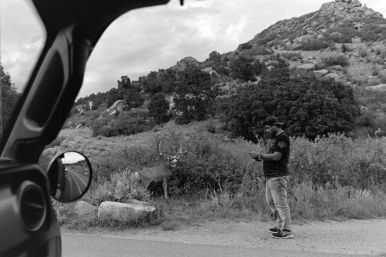 Testing out the F4’s matrix metering in what would normally be relatively challenging conditions.  This is a road I drive tours on, though the tour got cancelled that day and I decided to drive in my own truck.

As you can see the F4 passed with flying colors.  So to speak.