After having to drop an unexpected $600 on my car, I had to hold off on buying film, and then had to wait for Kodak to get their new online store up and running.  Now that it is, I have my stock of film for this summer,
10x Vision3 50D
5x Vision3 200T
5x Tri-X
(plus some 35mm film from Cinestill which arrived at the same time)

If you’ll forgive the digital picture: 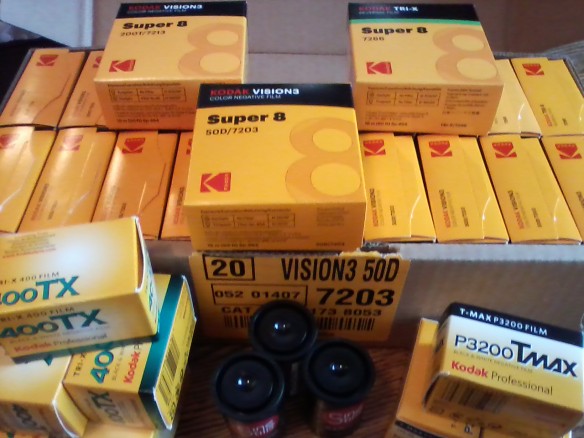 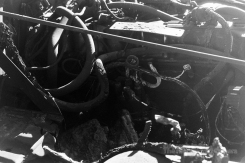 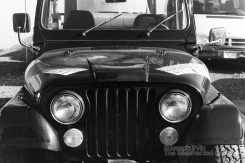 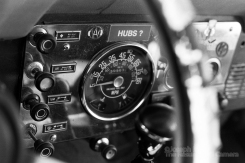 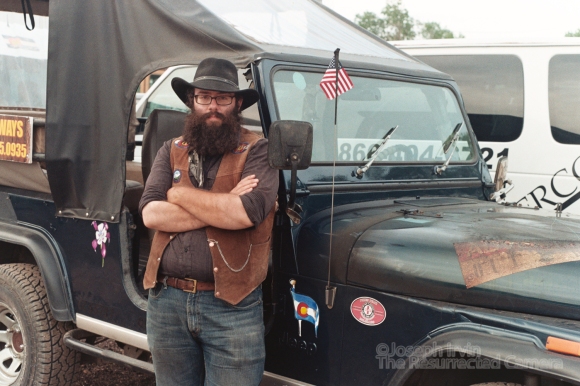 Actually I was the last one to drive Blue, and something in the engine compartment caught fire as I was taking a group down Rampart Range Rd. just above Balanced Rock, exactly a year ago today.  You can see in some of the pictures where the fire fed off the paint on the top of the hood.  I wish we had spent the money to put her back in commission but sadly it’s not to be, it seems.  She’s just sitting at the lot now, there for whenever we need a part to keep the other five CJs running and so far has donated a windshield and a gas tank to other jeeps.

Personally I’d rather drive one of the old carbureted jeeps any day but I’m in the minority.  I had many drivers (tired old guys) congratulate me on killing Blue off and asking if I could do the same for Bulldog and the others.  Ugh…

I didn’t have my camera with me that day (it’s become a bit of a superstition for me since), but evidently one of my passengers took a pic with her iphone, and one of my fellow jeep drivers got a hold of it.  I post it below, but do not own the image: 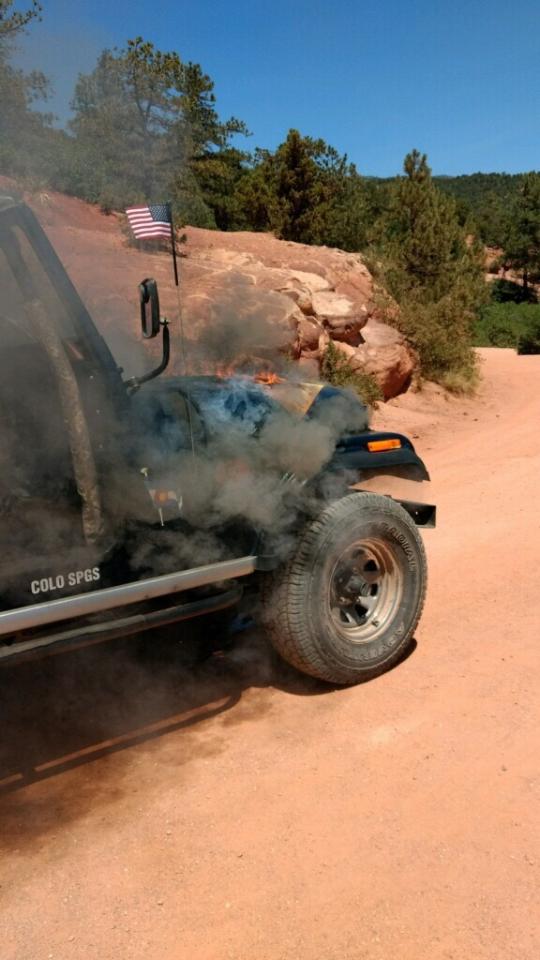