As a continuation of this post, here are the 4×5 shots I took down in the basement of Bristol Brewery.  As far as where I put everyone I was mainly looking at where the light was falling and trying to get the brightest spot.  Now that I’ve had more experience I would have gone for that amazing background and just use a longer exposure.  Live and learn I guess. 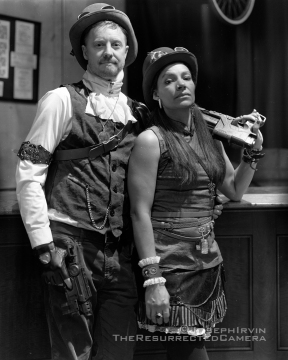 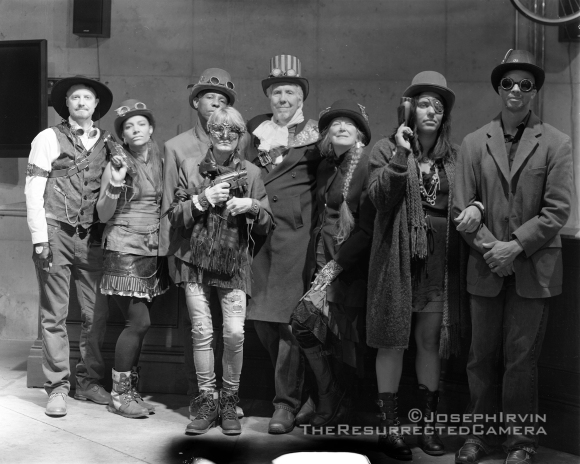 If one looks at the group shot, the bottom of the picture has some funky thing going on from the developing.  I’m not sure why the other sheets of film escaped and this one had problems, but we always had some sort of problem with the big developing tanks (that hold 12 sheets).  At the end of the year we bought a Stearman Press tank that holds 4 sheets, which is good because I don’t need to wait until I’ve shot 10 sheets and then develop them all at once.

I’ve always tried to be upbeat and positive regarding Ferrania in the past, and certainly this year must certainly have been hard on them. I suppose some will read the announcement and accuse them of abandoning their original promises (well, the phrase “Our Kickstarter campaign must evolve into something new…” probably sets off some alarm bells) and honestly I don’t know what Ferrania is ultimately saying myself.  They throw out a hint at color film (note: they never use the word reversal) down the road but wisely have not committed to anything; in the past laying out projected timelines hasn’t worked well for them.

I just hope that they actually are working on color reversal film and that it will be happening soon.  I like the P30 but it’s no substitute; I’ve hoarded my 5 Alpha rolls for years now but it’s my plan to shoot up the rest of it this year and buy some of the fresh regular production rolls.  Here’s a compilation of what I was shooting back in January and February: 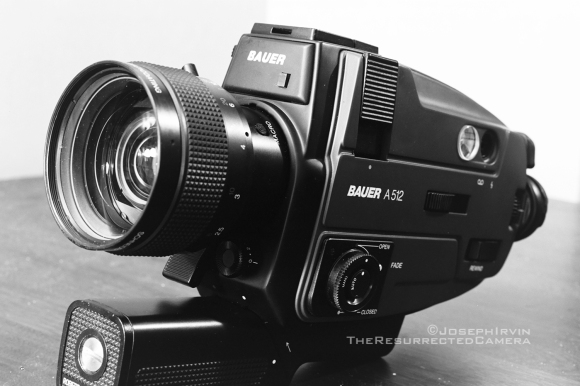 It’s good stuff, but very slow for what I do so I don’t anticipate using it much.  On the other hand, if they had made just another ASA400 film I’d complain about that too (I have in the past).  Actually I’d love to see P30 slit as super 8 or at least 16mm: considering how fine-grained it is it would look lovely in small-gauge.  I hope Ferrania thinks about some of the underrepresented markets out there, like Double 8, Double Super 8, especially in 100ft rolls there.  Hopefully P30 will work with reversal chemicals but it can of course be scanned too, and even just selling long-length cans of super 8 film (not loaded in cartridges) would be great for those who load their own cartridges, like those shooting single-8 cameras.

But I am still eagerly awaiting some Ferrania Chrome 100 and it does get frustrating sometimes when all I hear about from Ferrania is updates on P30.  That said, I hope readers can tell which side of the fence I fall on here.  I want only the best for Ferrania and hope they are tremendously successful.

Pentax made 4 series of lenses going back to the late-’50s.  There were:
Auto-Takumar
Super-Takumar
Super-Multi-Coated Takumar (S-M-C)
SMC Takumar (mostly cosmetic differences)
I try to get the S-M-C and later lenses for the better coating; evidently at the time Pentax had developed the best lens coating available and nearly every other lens maker was paying Pentax for the technology.  I’m not planning to write a detailed history of the brand here, so I’ll stop with what I’ve said.  A lot of my early information came from this site, very helpful.

Since it’s been 5.5 years since my last post professing my love of Pentax I thought I’d go back through the archives and compile some of my favorite pictures; they’re generally in order of when I shot them and it should be readily apparent how much Tri-X I’ve been shooting (a lot) compared to everything else (not much). 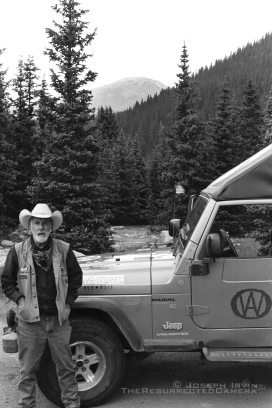 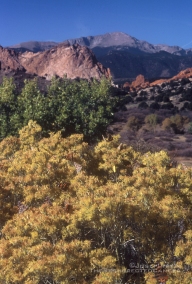 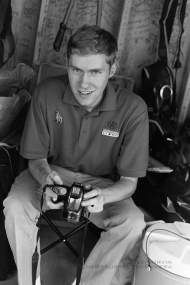 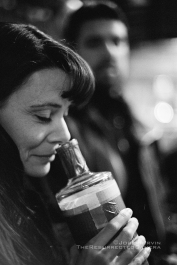 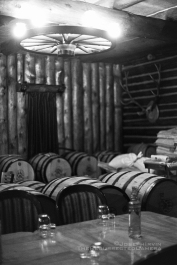 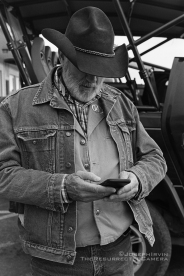 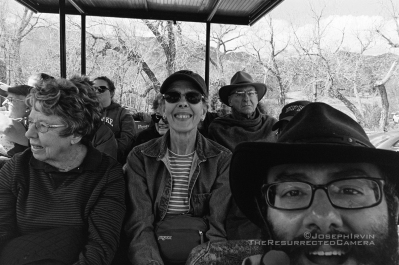 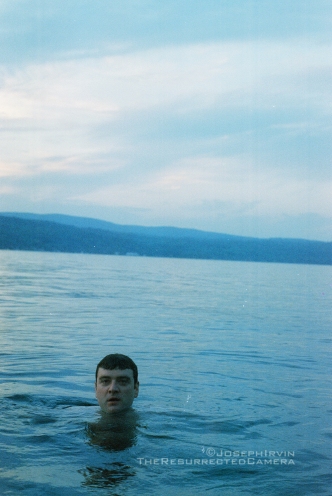 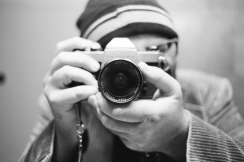 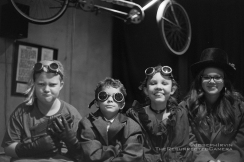 These lenses have a special character which I really like, they’re plenty sharp too, and extremely sturdy (also: damn heavy).  Hold one in your hands and turn the focus ring: if this doesn’t make you want to try a Spotmatic out at least once then I don’t think we can be friends.  I will however understand if it doesn’t become your main camera outfit after shooting one because there are other SLR systems that are much more advanced.  That’s ultimately what made me move on.  We had a good run together and I’m sorry to say goodbye to these wonderful lenses.  If only Pentax had made a body worthy of their greatness!

The Spotmatics are a great line of cameras but do have some inherent weaknesses which were never overcome.  Build quality is standard 1960s which is to say solid and sturdy, no complaints there.  I learned to live with stop-down metering, and screw-mount lenses.  Actually if both bodies are hanging around my neck I’m much more comfortable unscrewing a Takumar than a Nikkor, so far!  Though considering the modular (and advanced) features of the older Nikon F, Pentax did make some pretty strange choices in camera design at the time, for all that they did right.  The most complained-about features (screw mount and stop-down metering) were corrected by the mid-’70s but quality started dropping fast soon after, about the time they went to the M-series lenses.  I used to wonder why Pentax got such a bad wrap but can start to understand with some of the later stuff where they obviously had to introduce cost-cutting measures to keep going.  They still made some quality gear (including their first and only pro-level camera starting in 1980) but eventually were acquired by the closely-associated budget line, Ricoh.  Pentax was always playing catch-up to other brands and trying to recapture their former glory by then.

But it was just about 10 years ago that I first bought a Spotmatic  (an SPII) with my first Takumar, at a garage sale for $5.00.  It looked pretty much like my mom’s Minolta XG-A (chrome and black) and I didn’t know that the lens was made by the same company as the body; I almost didn’t buy the camera because I thought I was getting a cheap off-brand lens, but at $5.00 it was still a deal so I took it.  I asked the owner if there were other lenses that I couldn’t see but she said no.  Later I studied the lens and body closer and did find that they both had Asahi marked on them so I knew at least I wasn’t getting an off-brand lens thankfully.  Shooting a few rolls in 2010 convinced me that this lens was something special so even with acquiring a few more advanced cameras soon after I kept coming back to the Spotmatic, kept buying Takumar lenses.  I’m sure I’ll still pull out the system from time to time, I’m certainly not planning on getting rid of it.

An old friend asked me recently for a few examples of newly-shot/processed 8mm films.  So here is my list of films I’ve watched online in the last year or so, just off the top of my head, plus a few that I return to regularly.  Some of the best examples of high resolution scanning (often 4K) and at least decent color grading:
Attack of the Legumes
Betty Feeds the Animals, dir. James P. Gannon
Facsimil, dir. Marc Marti (available for viewing every year on May 13)
Florida 2019, via Nicholas Coyle
Freelove Fenner: “The Girls from Hampton,” dir. Peter Woodford
Isolamento, dir. Carmelo Zucco
Meredith and Cameron Wedding Video, dir. David Cunningham
Perpetuum Immobile, dir. Marc Marti
Sheer Agony: “I Have a Dream,” dir. Peter Woodford
So Refined

This was my last “class,” if you could call it that, shooting 4×5 film in a large format camera.  Actually an independent study that I took for only one credit hour, shared with three other students from Adv.Photo.  The photo department bought three large format camera setups and we had some large photo paper donated to us so there wasn’t as much to supply from the students’ end, thankfully.  Due to scheduling conflicts and weather, we didn’t really get that much done (well, I did but whatever).  Anyway we reconvened in January but that didn’t last long either!  These are a few of the snapshots I took with the Olympus Infinity Stylus that I kept around my neck all of Fall 2019, I kept it in my bag with the 4×5. 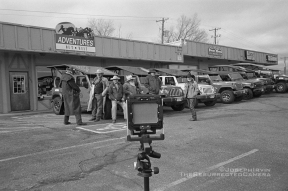 I’m using a Standard 4×5 which is aluminum and 3D-printed plastic, with a Schneider 210mm f/5.6 lens, on a Manfrotto carbon fiber tripod.  It’s an extremely light setup and I carry everything around in a gym bag taking pictures wherever I feel like, though they’re mostly portraits.  I don’t know exactly why our photo instructor chose Standard monorail cameras over Intrepid field cameras but for what I’m doing a field camera probably would be more practical.  Actually I’d probably be fine with a Speed Graphic for that matter, Bob Jackson tried to sell me one once; I keep thinking about looking him up and buying it.

I used this as an opportunity to try out as many different film stocks as I could, though one thing I stayed away from was slow films.  With a 4x5in negative there’s really no need to worry about grain, so it’s all been ASA400 film: Bergger Panchro 400, Kodak T-Max 400, Ilford HP5+, Rollei RPX400.  Perhaps I’ll shoot some Tri-X 320, but I have read that it’s very finicky stuff and there are so many calculations that need to be taken into account with bellows extension, reciprocity failure, things like that, so I’m not too keen yet.  Plus Kodak does not really price their large format film competitively at all, it’s nearly double what Ilford charges.  Kodak I love you, but just like your price on 100′ bulk rolls of Tri-X, I don’t see why this film should be so much more than Ilford’s.  I only bought 10 sheets of T-Max 400 and I bought it because I wanted a little lifeline, it being the only film out of the bunch with which I was familiar, and I got some of the best results with this film, probably because of that.

Bergger seemed to be nearly the best deal I’d seen for a 50 sheet box, and I’ve seen a lot of good scans of Panchro on 35mm and 120.  They make some of the best photo paper, too.  On 4×5 though, Panchro 400 is a mixed bag, and I agree with what I’ve read online in that it seems to be closer to a 200 speed film, which is disappointing because as much as possible I’ve been trying to pull the film one stop already.  I need to shoot more but I think I’ll have to shoot this at close to 100 if I want to do that.  I knew that Ilford HP5+ would be closest to my beloved Tri-X and it didn’t disappoint me at all.  I could shoot it just the same way and got great results.  It’s also the film I’ll return to first, once I run out of what I have.  The only scanner at UCCS that can handle 4×5 film is the Epson Expression 10000XL which is in the Visual Resource Center and I have to make an appointment to use it.